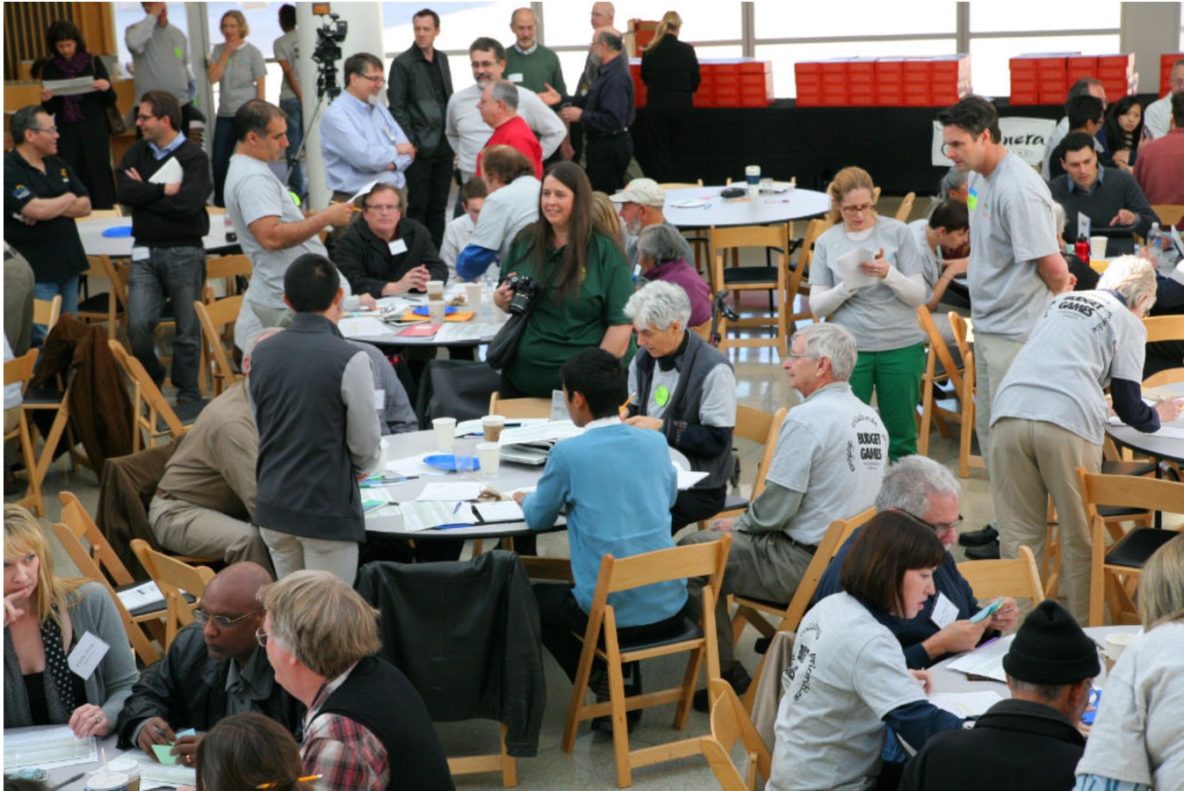 The other week my 84-year-old mother in Germany got asked by one of her friends to talk to me about what is going on with the US government pulling out of the Paris Climate Agreement. My mom’s friend is genuinely concerned about the direction we are going.  It is another reminder that our political process needs to be improved. More transparency, accountability, and engagement from all citizens is needed.

One way to bring us closer together again and tackle the issues at hand collaboratively is to demand participatory budgeting on every level from our government.

WHAT IS PARTICIPATORY BUDGETING?

Participatory Budgeting is a democratic process that was first developed in Brazil in 1989 and is now practiced in over 1,500 cities around the world. Though each PB initiative looks different, the process generally involves two to six months of public meetings, discussions, and voting so that the public has time to contribute their ideas, understand the proposals and make wise decisions.

Participatory Budgeting (PB) is a democratic process in which community members directly decide how to spend part of a public budget. It gives ordinary people real power over real money, letting them work with government to make the budget decisions that affect their lives.

Find out more at http://participatorybudgeting.org.

City of San Jose is has been doing Participatory Budgeting for years engaging thousands of people using in-person and online forums. Their in person voting for 2017 just happened the last couple of days.

One of the facilitators of the PB process, Laura Richardson tells the following story:

At our table one woman from an affluent neighborhood started the negotiations by purchasing code enforcement. She wanted to make sure the City was looking as good as possible. She changed her mind, however, when a mother from a less affluent part of the city described the dangers her children faced from gang violence — just walking to school wearing the wrong color jacket could leave her child harassed, beaten, or even worse. The emotional impact was visible because both women were crying by the time the ‘negotiations’ were finished. The table quickly aligned on purchasing projects designed to address gang violence.

There are more stories like that. The fascinating result is, that the process is able to bring citizen from different walks of life together and change people’s minds. In the face to face part of the process, they literally sit around a table and discuss different options and share their experience.

It also gives a level of transparency into the city’s tasks and needed compromises that have not been available before. You walk away from that activity with much greater understanding, trust and appreciation of what the government is doing.

As we think about the big global challenges, as we think about poverty, climate change, crime…the most innovative solutions throughout the world are coming from cities, mayors, civic entrepreneurs, the private sector, all helping cities tackle these issues.

If your city is not doing participatory budgeting, talk to your representatives and ask them about it. It is an amazing tool to bring us together and improve our lives.