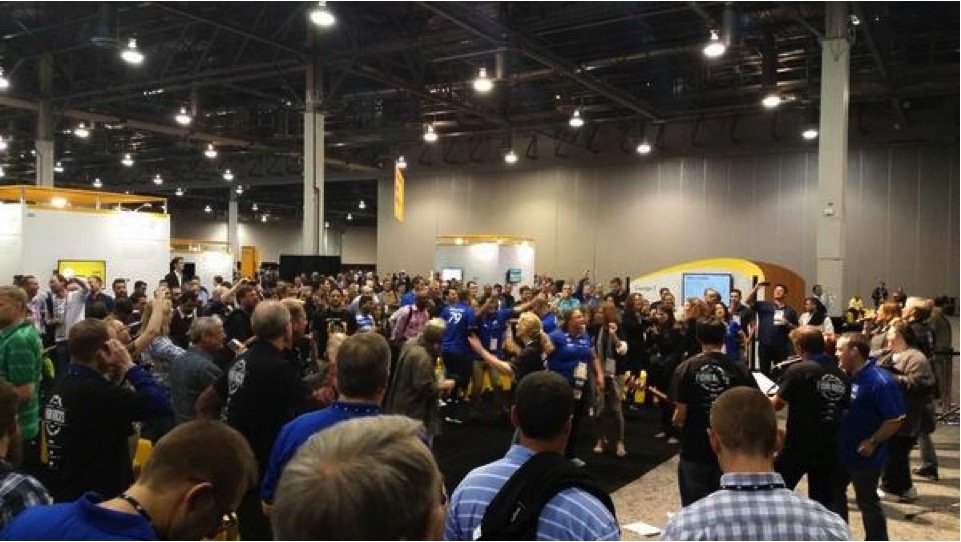 The other day Evan Hamilton DeSerio asked the CMX community on Facebook, whether anyone can bring an instrument to the CMX Summit West that he helps organize.

In 2012 the 2 SAP Mentors Matt Harding and David Hull told me that they would like to Jam together at SAP TechEd. It’s an annual event where about six thousand SAP geeks come together in Las Vegas.

I loved the idea and agreed to help make it happen, under the condition that we make it a community event, aka let’s play easy songs that everyone can sing and dance along. Thus began the SAP Jam Band. It has been a blast for the musicians and the community, so much so that this year they closed the Bjoern Goerke, Back to the Future themed keynote with Johnny be Good. 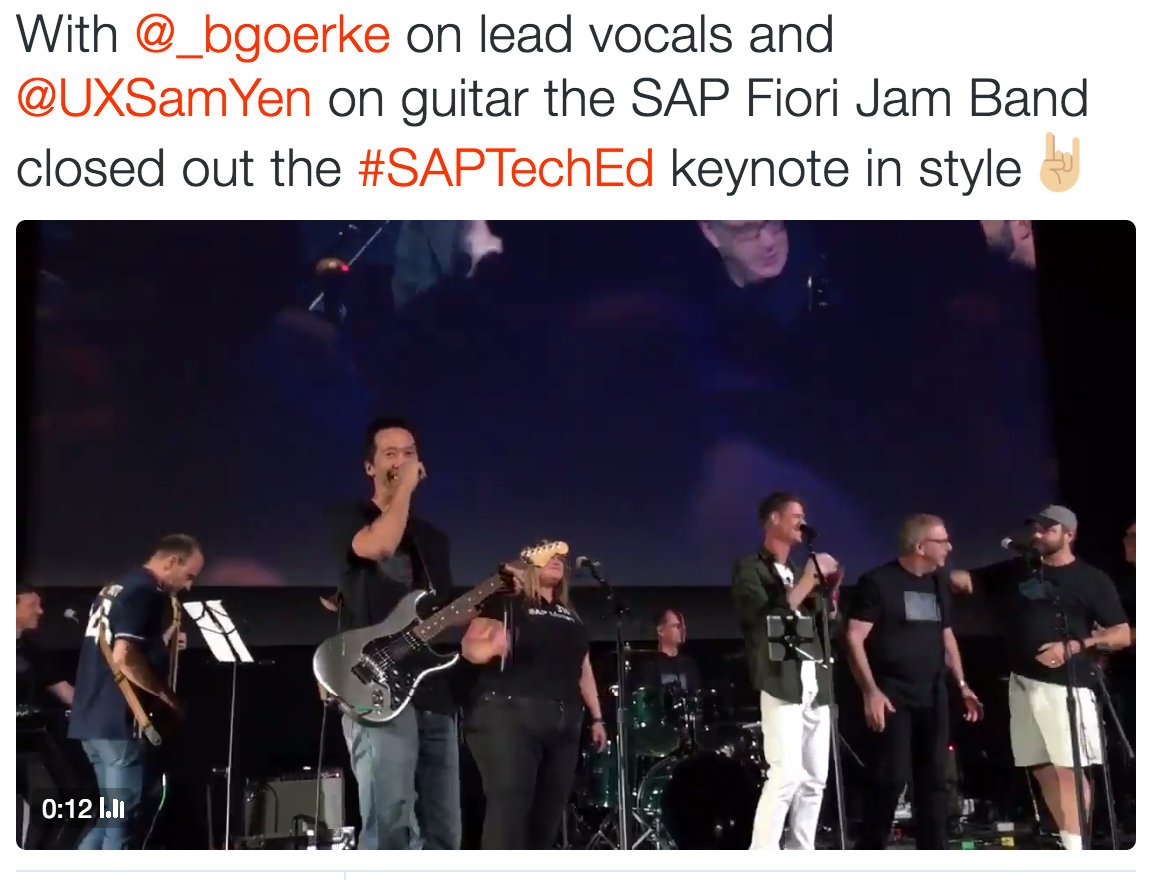 Here are some tips on how to make your community Jam Band into a success:

Making music really brings people together. That joined journey of the band members and the support team that brings it all together, as well as the performance for and with the community really bonds us all together. The Jam Band was one of my best community accomplishments while I was at SAP. The cool thing is, it lives on and continues to thrive :-)

Some highlights in pictures from the last couple of years: 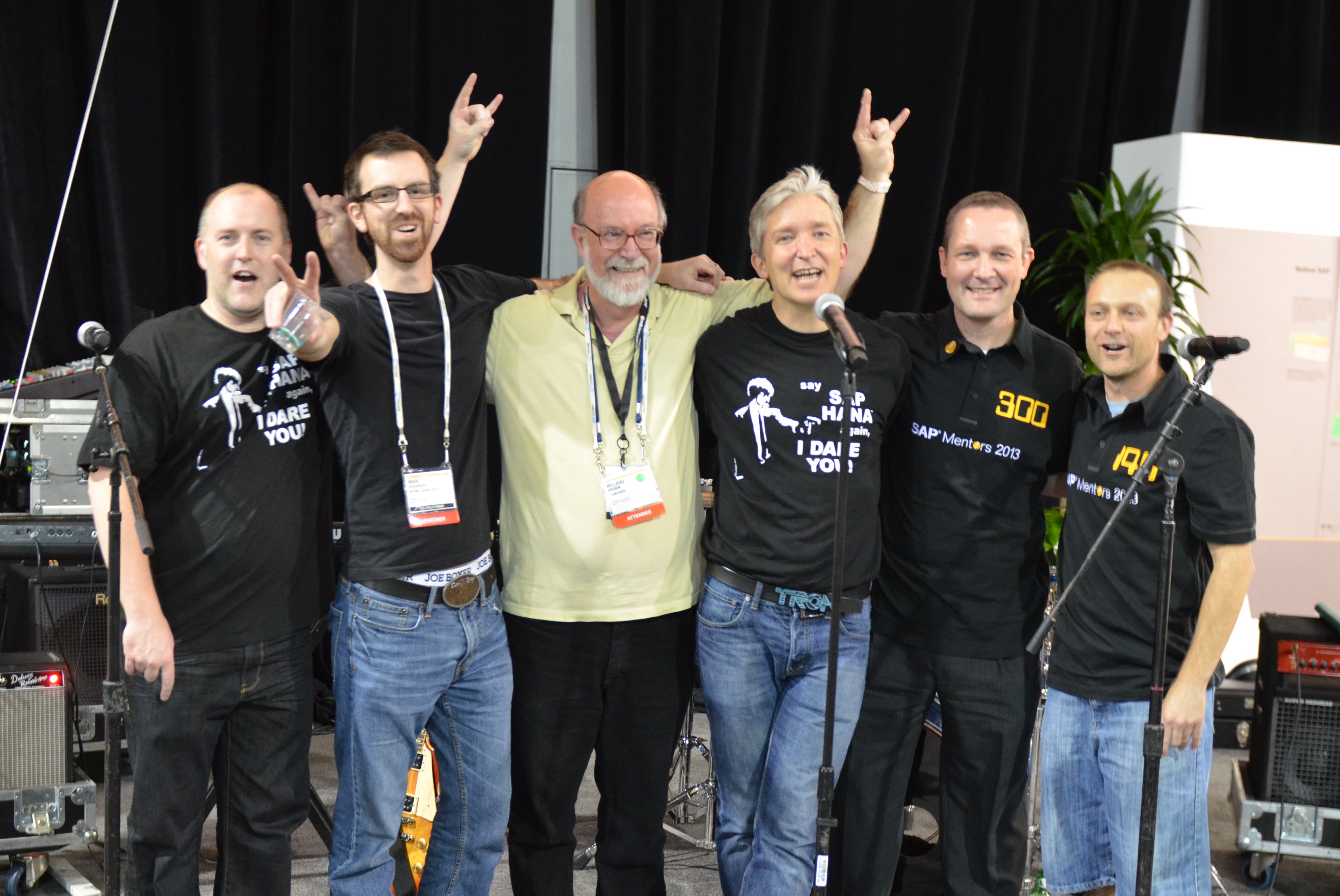 Don’t forget to take a band picture. Our first one ever. Missing some of the musicians :-( 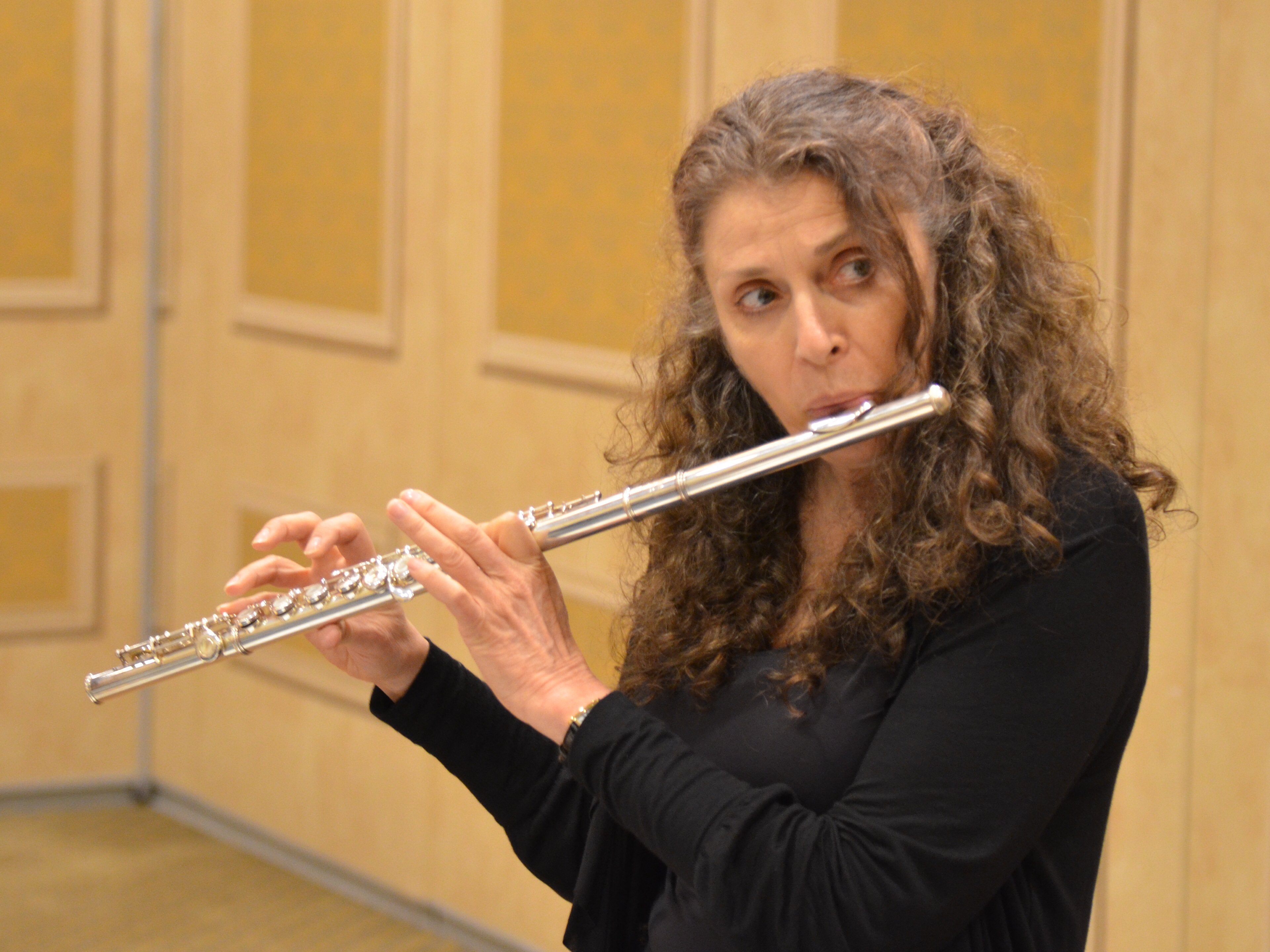 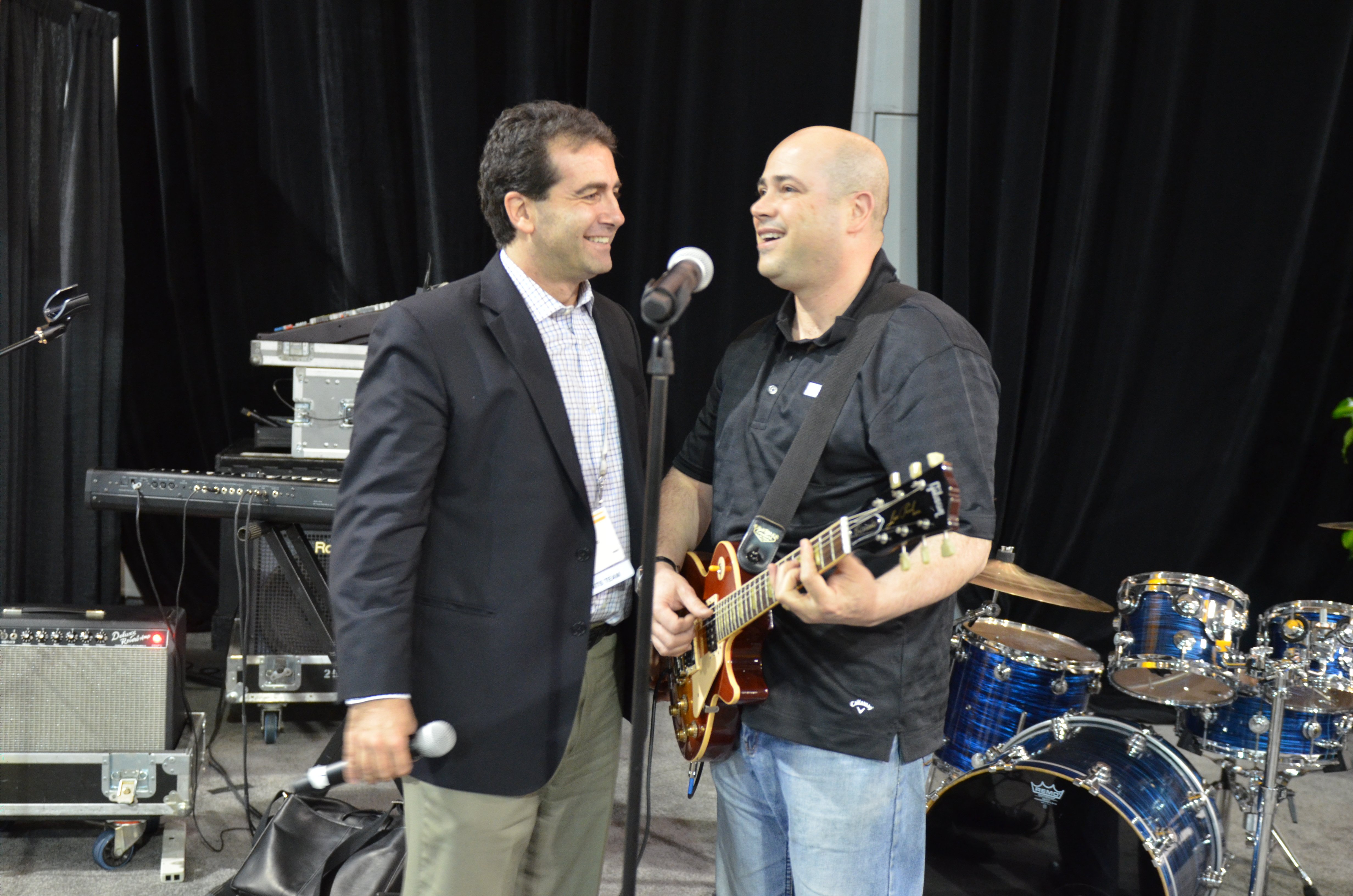 Girl from Ipanema performed by Philippe Rosset and friend. 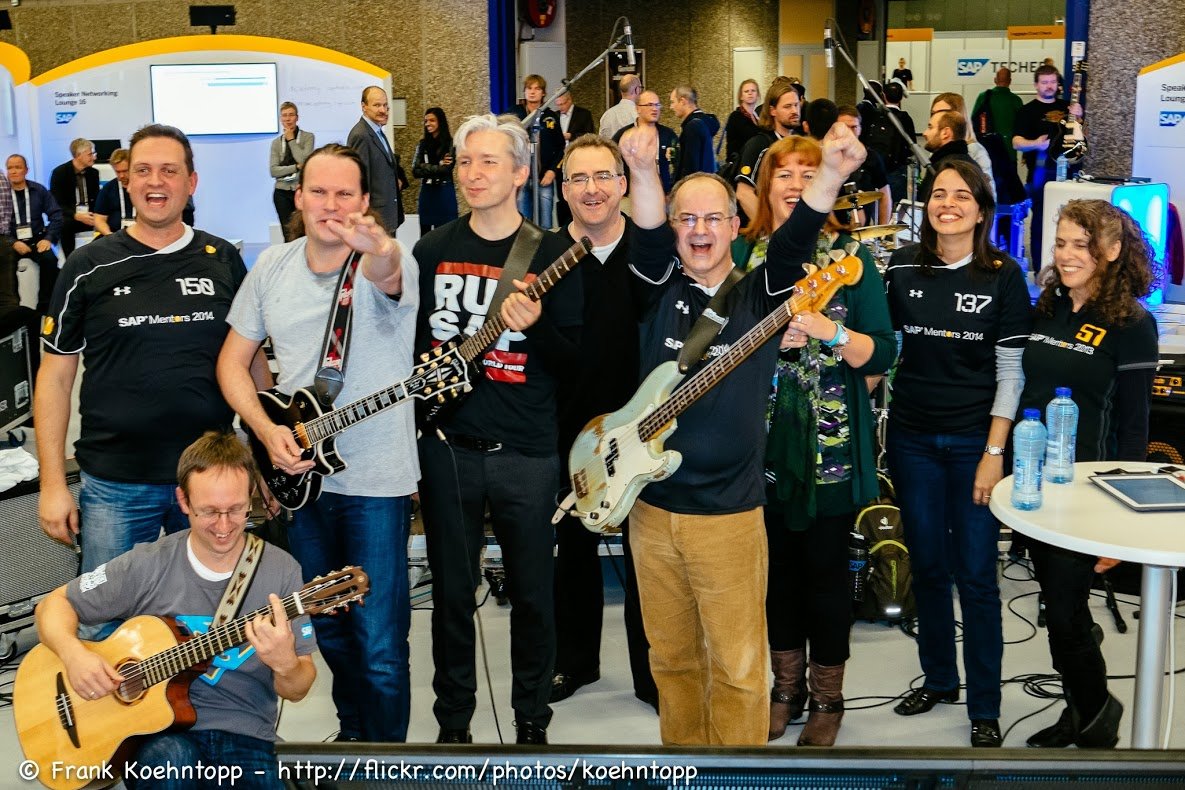 The year Katarina Fischer 3rd from the right joined us to sing “Walking on Sunshine.” 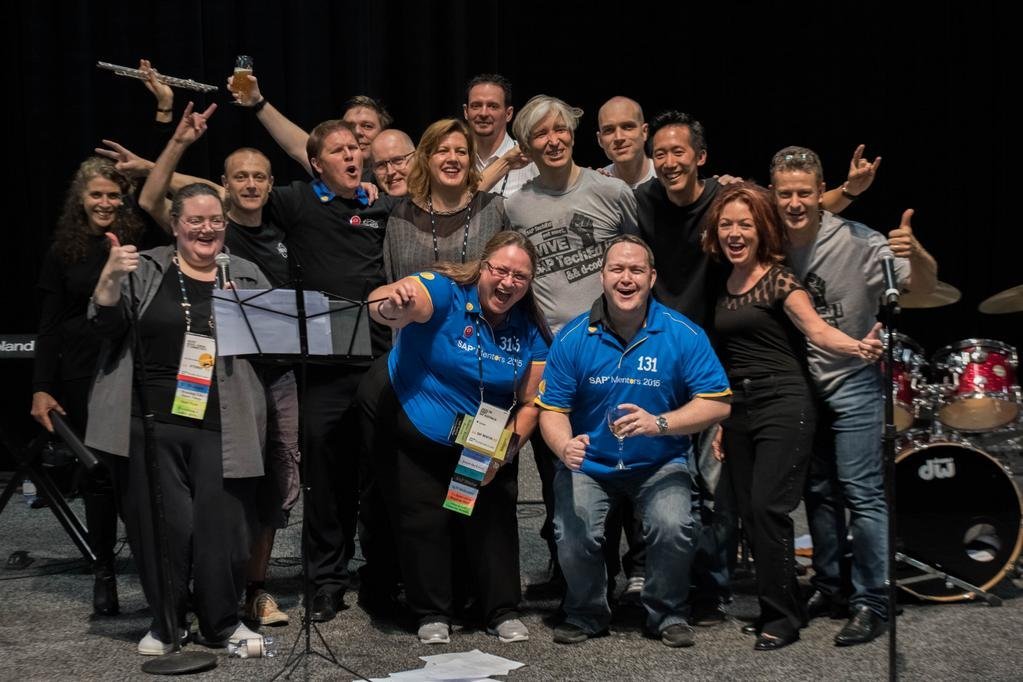 The year after with Katarina and Sam Yen now part of the band :-)
Add your own impressions and pictures in the comments.