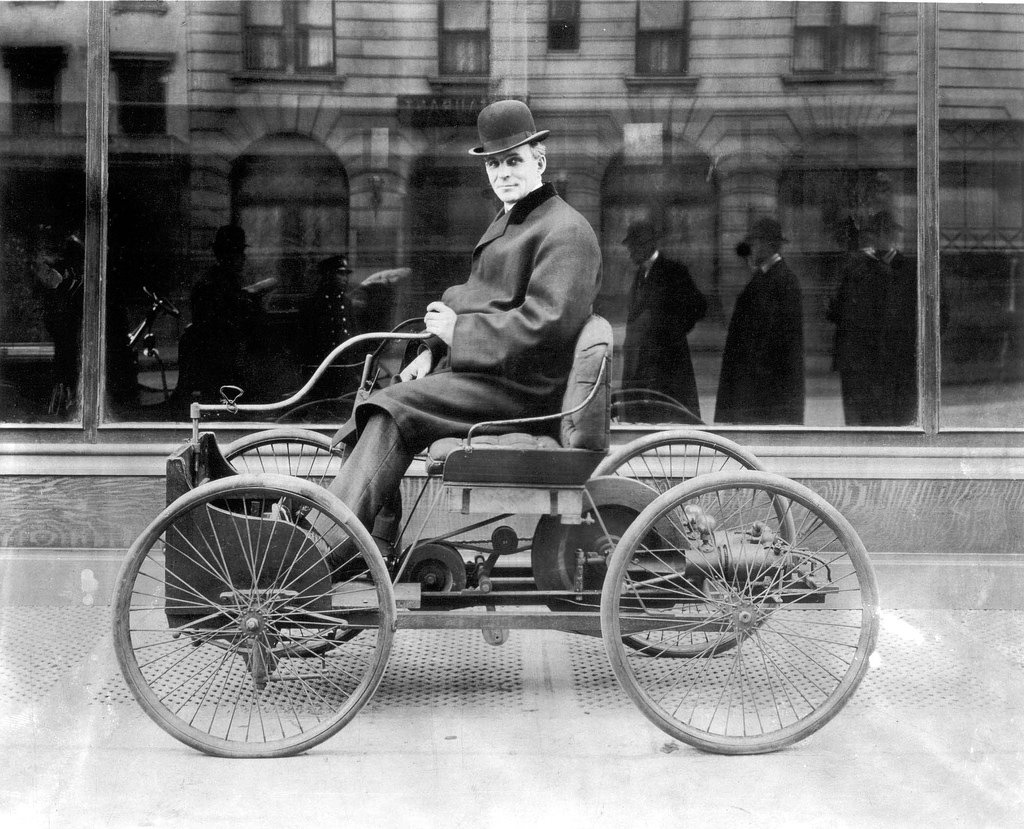 Last week Elon Musk unveiled the Tesla Model 3. And then 325,000 people put down $1000 to get one. Now, in the following Twitter exchange, friends of mine joked about me driving the Tesla Roadster around San Francisco. Alas, I hope I will never have to buy a Tesla. Further down is why.

Growing up in Germany especially as a boy, you obsess over cars. You read Auto Motor @ Sport, the flagship car review magazine from cover to cover. You dream about being a test driver for that magazine.

When my old man got a new car I would sit in it for hours and just take it in, push all these buttons to find out what they are for. Including the cigarette lighter. It popped, I took it out and watched fascinated how the orange glow of that hot wire in the middle would rapidly disappear. Once the glow was gone, I concluded it was safe to put my thumb on it. — Well, I was sure I just had burned new fingerprint lines into my thumb. ;-)

Driving a car was the ultimate excitement. You looked down on the geezers driving an automatic, and everyone independent of age driving an automatic was a geezer. What do you do when the battery is dead in a stick shift car? You push it, or let it roll down a hill and pop the clutch. The feeling of accomplishment, when it would start, was out of this world.

Times have changed. For me it started when I read about the first concepts of Nicolas Hayek’s Smart Car. He realized, that for all city driving, which for most folks living in cities is 90% of their driving, you don’t need a fast car. What does your 0-60 in under 6 second help you when driving from traffic light to traffic light? 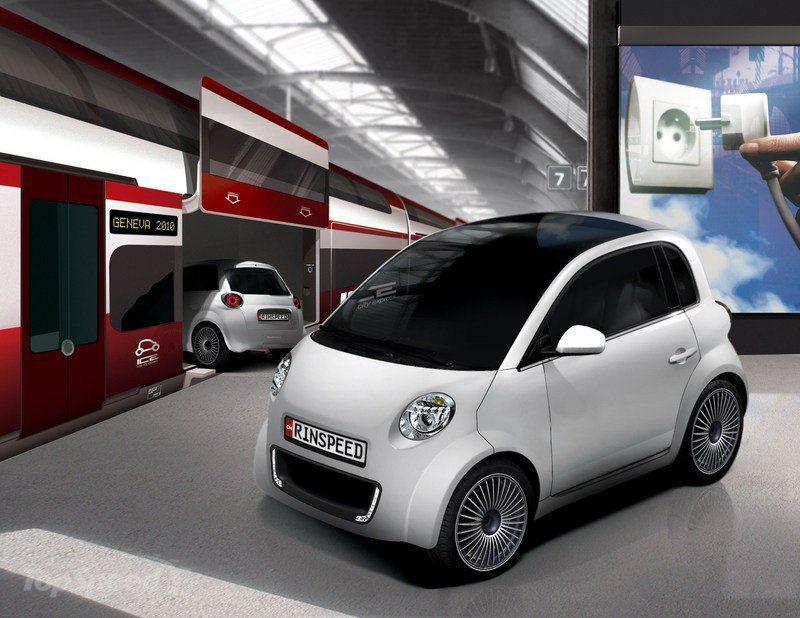 You can build a total different car if you built it just for city driving. You don’t need a big engine, your whole car can be lighter, needing less energy. At low speed the car’s aerodynamic plays less of a role, therefore you can build the car more upright. Nicolas Hayek’s original concept was to built the car so small, that you can drive it sideways onto a train. Above you see a Rinspeed model illustrating that concept. It was genius: all your long distance travel would be done via train and all your city driving via the Smart Car.

Hopefully in the not too distant future our cities will be connected via Elon’s Hyperloop. A self driving car drops you off at a Hyperloop station in one city and you get picked up by another self driving car at your destination.

Soon owning a car will not be worth the hassle. Charging, maintenance, insurance, washing, … will all be taken care of; you just order a car when you need it. I want to go somewhere, but I seldom want to push a hunk of metal around on asphalt to get there. 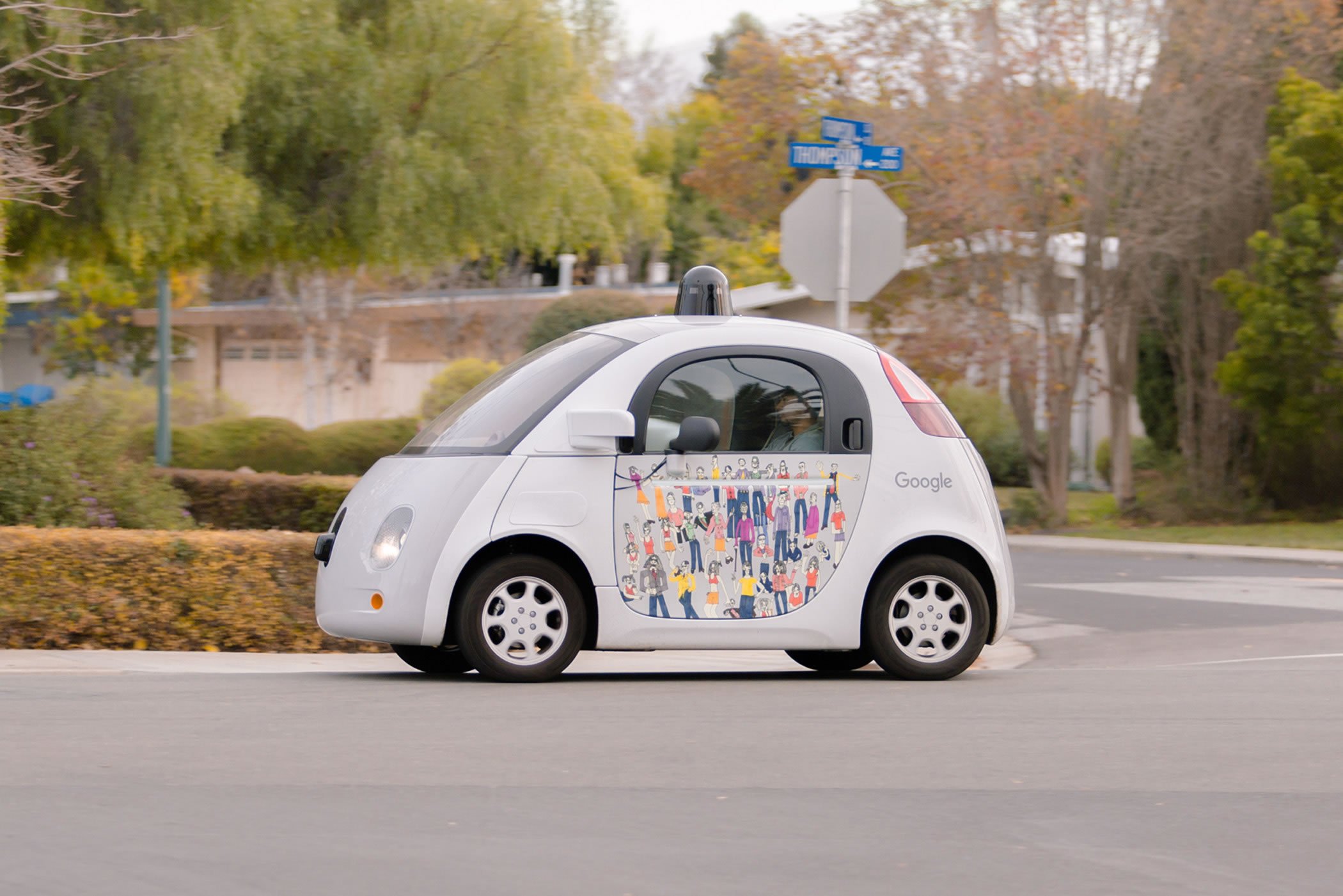 Once self-driving cars are possible, the design of our vehicles will adjust to these new opportunities. Once we can eliminate the steering wheel and the need for us to keep an eye on the road at all times, totally new car designs will evolve. You want to drive to LA from San Francisco? Hyperloop not available yet? Order a car with a bed in it and get gently driven there over night.

Quick trip to meet a friend in town, you may choose one of these self stabilizing Car/Motorcycle combinations like the L1 Motors C1 or the Toyota I Road that whisks you over there in no time.

This above video is a possible design direction, even though it isn’t self driving yet. The sad thing is, that the video was done in 2012 and I haven’t seen a lot of movement since from Lit motors. 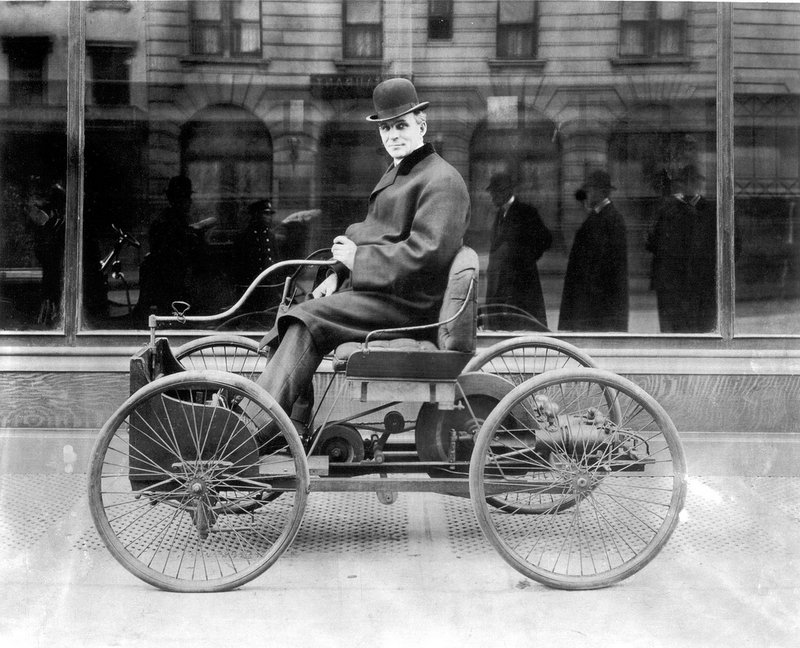 Tesla’s Model 3 will one day be seen as the last hurrah of the HD Car aka human driven car. It will look as alien as the first horseless carriages. Like the Ford above, where you are totally wondering, where are the horses?

I am excited about the opportunities that are opening up though self driving electric cars and the freedom it will enable, not having to own one. I won’t be buying a Tesla 3. I won’t be buying period. But I will still try out new buttons, probably the ones on new devices I can tinker with. Always careful not to get new thumbprints!