Sitting on a sofa on a Sunday afternoon

Going to the candidates debate
Laugh about it, shout about it
When you’ve got to choose
Ev’ry way you look at it, you lose

This song is over 50 years old and unfortunately truer than ever.

We believe that our opinion, our voice, our vote doesn’t count. A Princeton study from last year confirmed our gut feeling, the US isn’t a real democracy anymore:

Using data drawn from over 1,800 different policy initiatives from 1981 to 2002, the two conclude that rich, well-connected individuals on the political scene now steer the direction of the country, regardless of or even against the will of the majority of voters.

The system is rigged. Powerful monied special interest groups are running our country.

Quoting freely from Abraham Lincoln: “Best way to change the future is to create it.”

Let’s create a system, where our opinion and vote counts, where we may all start to engage again because we make a difference. A system, where we take pride in doing our little part to make all of our lives better.

The core principle of representative 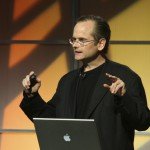 democracy is that we are all equal citizens. Corruption creates 2nd class citizens.  The Citizen Equality Act of 2017 would fix that, and a referendum president would have the mandate to pass it. Once it is passed, we could begin to rebuild a democracy that inspires free people everywhere, and gives us a government that works again. Three core principles:

Larry wants to run for president on this single issue: the citizen equality act. Once it is made law he will resign and let his yet to be named running mate finish the term.

His campaign has made a difference already: Larry Lessig in his announcement post on the 11th of August links to Bernie’s Sanders Issue page, where Getting Big Money out of Politics is literally the last item on his agenda. The same day Bernie Sanders campaign updates that page and that issue has moved up to 2nd place.

There are 7 days left to come up with the million dollars that will make Larry Lessig run.

Even if you are not sold on his campaign, just give $5 to ensure that Lessig and election reform continues to be the number one issue of the discourse and the TV debates. Thanks!

Bonus link II: The Internet’s Own Boy: The Story of Aaron Swartz — Who is greatly missed and would put all of his weight behind this initiative if he was still alive.